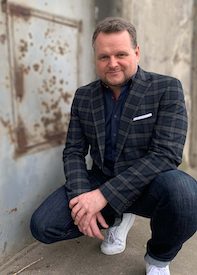 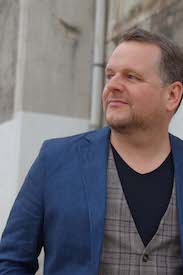 The baritone Joachim Goltz, born 1973 in Mannheim is a permanent member of the ensemble of the Nationaltheater in Mannheim since 2014. His roles include "Klingsor" in "Parsifal", "Pizarro" in "Fidelio", and "Faninal" in "Rosenkavalier".

Following his very successful role-debuts of "Beckmesser" in "Die Meistersinger von Nürnberg" and "Golaud" in Debussy`s "Pelleas et Melisande", he had his Debuts as "Jakob Lenz" in W. Rihms "Jakob Lenz" and "Kaspar" in "Der Freischütz“ this season. He is also to be seen as "Telramund" in "Lohengrin" and "Alberich" in "The Ring" at Theater Dortmund, and as "Klingsor" in Wagner`s "Parsifal" at Deutsche Oper Berlin.

Recent guest performances have led him to Teatro Real di Madrid as "Gunther" in Wagner`s "Götterdämmerung", the principle opera house in Dresden (Semperoper), to the Nationaltheater Weimar, and to houses in St. Gallen (Switzerland), Hannover, Saarbrücken, Stuttgart, Darmstadt, Bonn, Heidelberg, Lübeck, Bremerhaven, and others.

Joachim Goltz sang in Austria, at the Brucknerfestival-Linz, and had his successful debut as "Telramund" at the Croatian National Opera in Zagreb. He also performed this role in Wiesbaden, Augsburg, Würzburg and at the Ljubljana Festival in Slovenia. After his "Pizarro" in 2020, he comes back to the State Opera of Prague as "Flying Dutchman" in 2022.

Joachim Goltz is also celebrated for his roles in several operetta including "Eisenstein" in "Die Fledermaus", "Graf Danilo" in "Die Lustige Witwe", "Aristeus/Pluto" in "Orpheus in the Underworld" and as "Leopold" in "Im Weißen Rössl".

He equally proves his talents and versatility in concert as a frequent guest in the Philharmonie and the Konzerthaus am Gendarmenmarkt in Berlin. Here he had successful stage presence in, among others, his role as "Ratefreund" in Walter Braunfels` opera "Die Vögel" and in Joseph Martin Kraus` opera "Aeneas in Karthago", conducted by Lothar Zagrosek.